Canada's wealth gap is far greater than most people assume and the numbers point to all things being unequal.

A new landmark report from the Broadbent Institute reveals that Canadians vastly understimate the wealth gap in Canada. Ed Broadbent himself explains in this video:

While most Canadians (86%) think the gap between rich and poor is a problem, there is a major gulf between what Canadians believe the country's wealth distribution is, what they think the ideal should be, and the current reality on the ground.

The middle 60% of Canadians only hold 32.7% of the nation's wealth, while the majority of those polled would like to see a healthy middle class sharing roughly 60% of the wealth. The bottom 40% of the population lays claim to 2.2% of the wealth -- roughly 23% less than people believe is ideal.

Meanwhile, the rich (top 20% of the population) possess 67.4% of the nation's wealth -- roughly 37% more than Canadians believe is ideal. 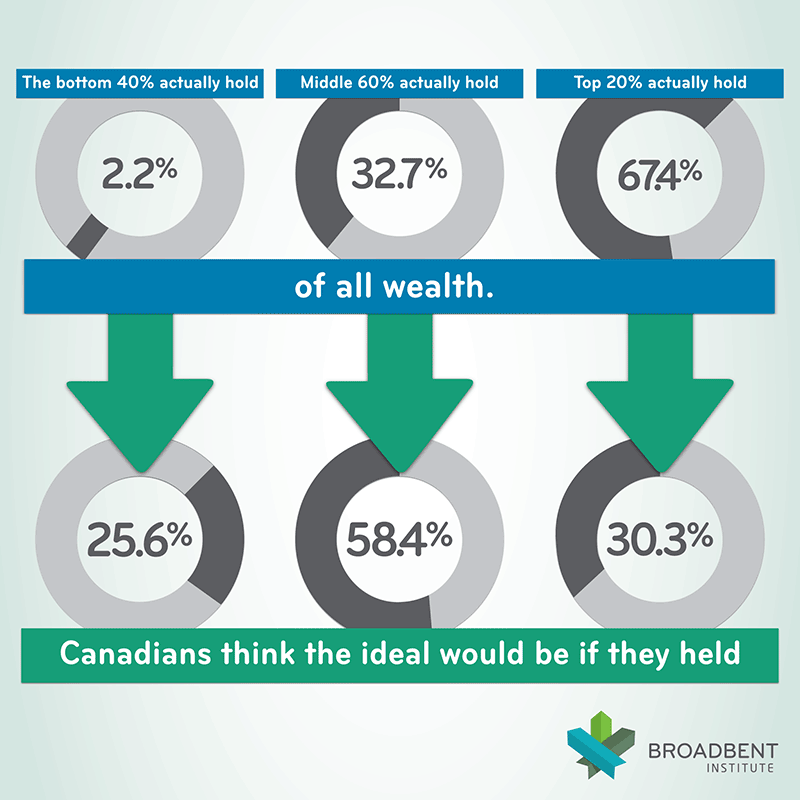 While respondents felt that the distribution of wealth in Canada is unfair, their estimates of current disparity levels fell far short of the true gulf. The contrast can be seen here: 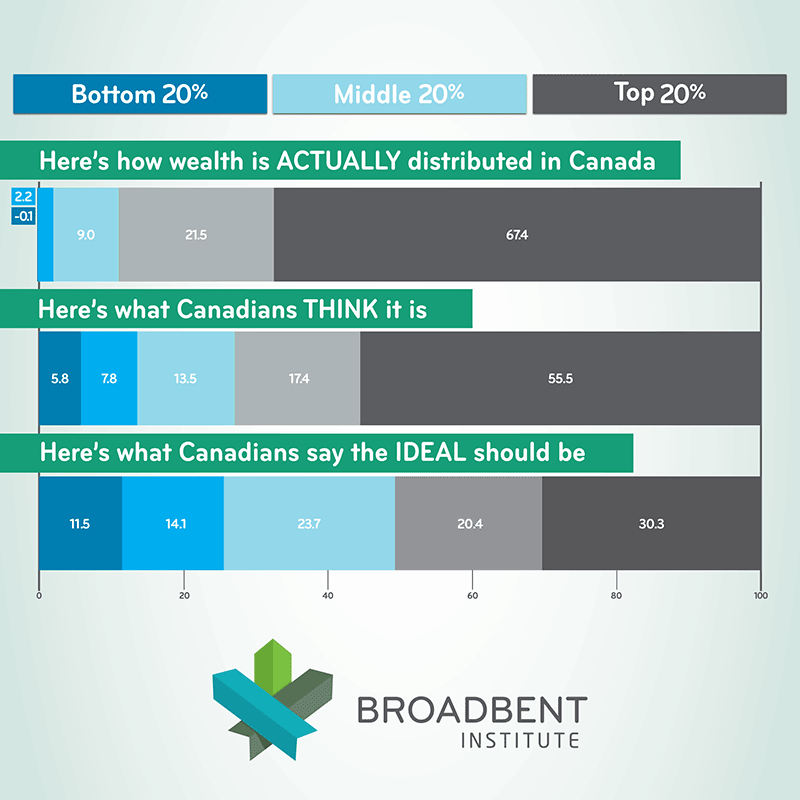 Nearly three in four Canadians believe that government can do something to reduce the wealth gap, making it a viable issue during the 2015 federal election.

Concern over wealth disparity crossed party lines. Overall, 86% of Canadians think the gap is a problem, including 74% of Conservative voters.

The survey was conducted for the Institute by Greenberg Quinlan Rosner Canada.