Digging for gold in Rosedale on behalf of the Conservative Party of Canada, evidently -- and all on the taxpayers' dime.

Minister Rickford's appearance at the Toronto Stock Exchange on the same day as he attended a Conservative Party fundraiser in Rosedale is raising questions about Conservative ministers mixing public and party business, just as Jason Kenney, Pierre Poilievre and several other ministers have before.

Travel expenses recently disclosed by Natural Resources Canada (NRCan) show Rickford racked up a little over $2,700 in expenses for a three-day trip to Toronto in May to "deliver remarks / attend meetings." 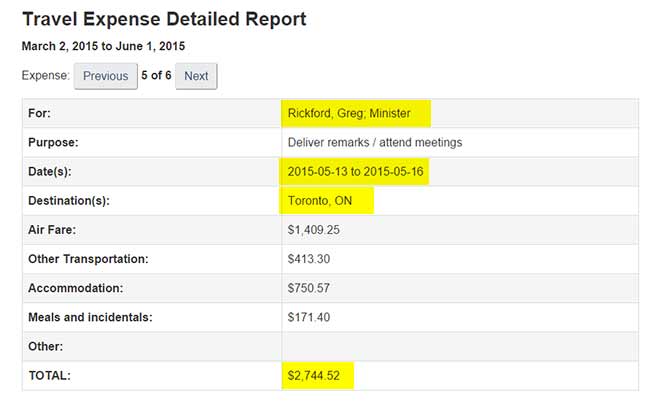 What, pray tell, was Rickford up to during his visit to Toronto?

According to NRCan media releases, the only public event Rickford participated in during his three night stay in Hogtown was a "photo opportunity" at the TSX to mark National Mining Week.

That photo op involved such tasks as (a) smiling; (b) clapping; (c) pressing a button that "initiated the siren in honour of National Mining Week." 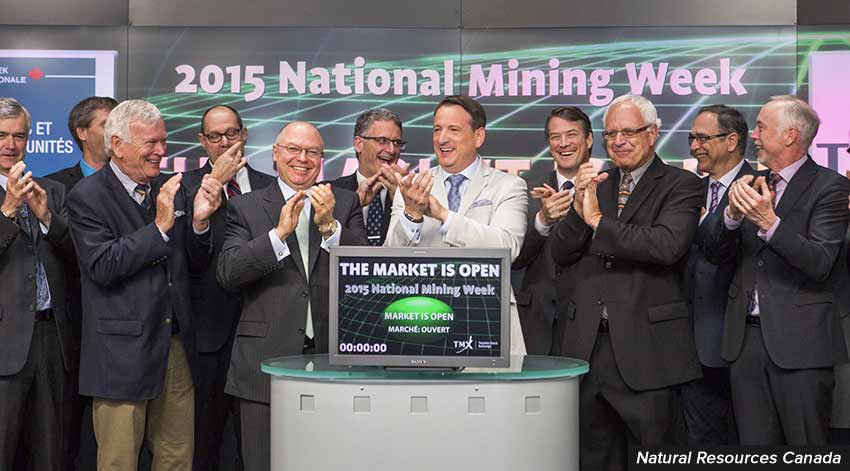 Luckily, however, Rickford did manage to do more than simply press one button on his $2,700 taxpayer-funded trip.

That same night, Rickford was the "special guest" at a (suggested) $200 per person fundraiser for Karim Jivraj, Conservative candidate in the riding of University Rosedale. 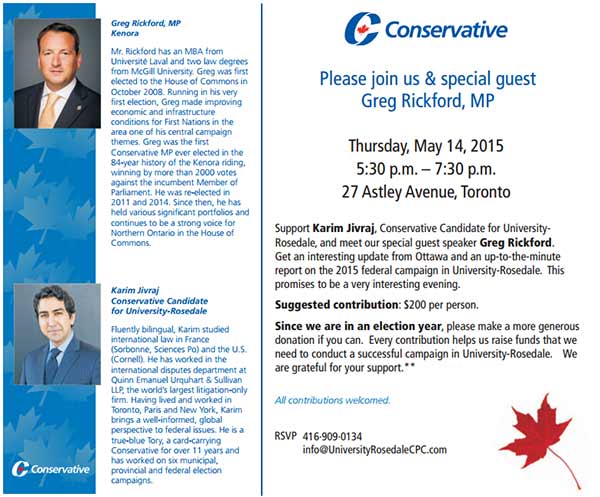 Held at the home of a corporate lawyer in Toronto's upscale Rosedale neighbourhood, "great conversation, great speeches, and a great time" were reportedly "had by all." 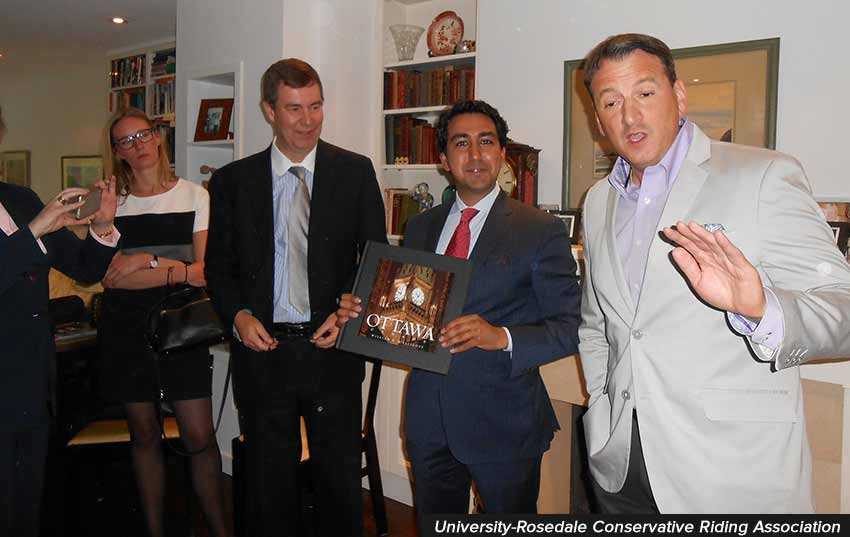 With so much money in one room, how hard would it have really been to scrounge up enough loose change to cover Rickford's costs?