Increasing levels of economic inequality are the “new normal” and we can expect them to get worse, not better.

That’s the key takeaway from a recent study on long-run levels of income growth in Canada, Australia and the United States published by the OECD.

The study highlights the explosive rise of incomes in the top 1% over the last 30 years, and their growing share as compared to the bottom 90% and 99%. Authored by eminent Canadian economist and Broadbent Fellow Lars Osberg, it argues “there is no natural upper bound to the real incomes of the top 1% and thus no natural upper bound to their income gap with median households.”

Similar to the findings of French economist Thomas Piketty and the OECD, Osberg suggests that the balanced growth of the post-World War II era, which produced a more stable and fairer income distribution, bucked a broader trend in which inequality accumulates and deepens over generations.

This news comes on the heels of another recent study that found that Canada's top 1% accounted for 13.3% of all reported individual income in 2011, up from 12% a decade earlier.

But don't just take our word for it. These three graphs from Osberg's new study show the stark pattern of unequal growth and trend towards higher levels of inequality:

Since then, the changing income distribution has been driven by the growth of incomes of the top 1%. 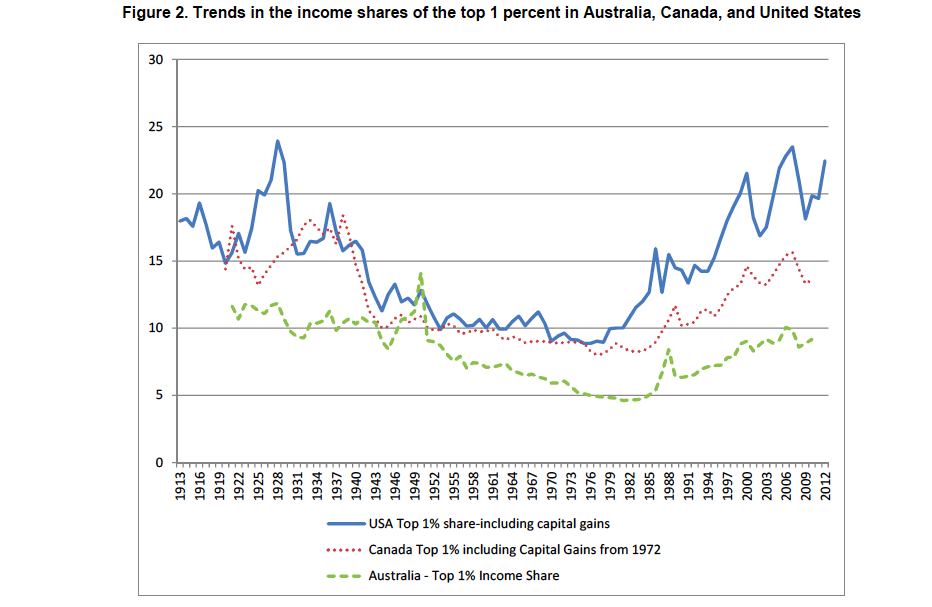 2. The incomes of the top 1% have grown rapidly over the past thirty years.

An upward trend to which there is no obvious limit. 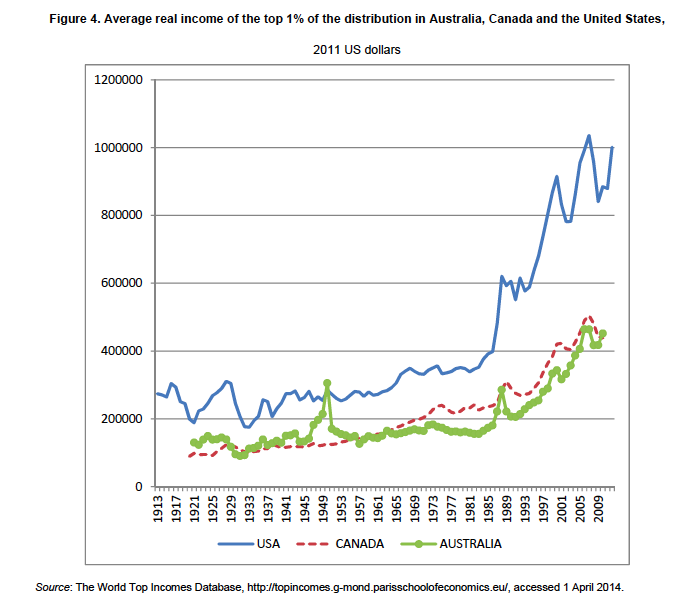 3. The farther up the income pyramid one goes, the faster the rate of increase in incomes has been.

In Canada, this has happened at the same time that average real incomes for the bottom 90% have remained stagnant. 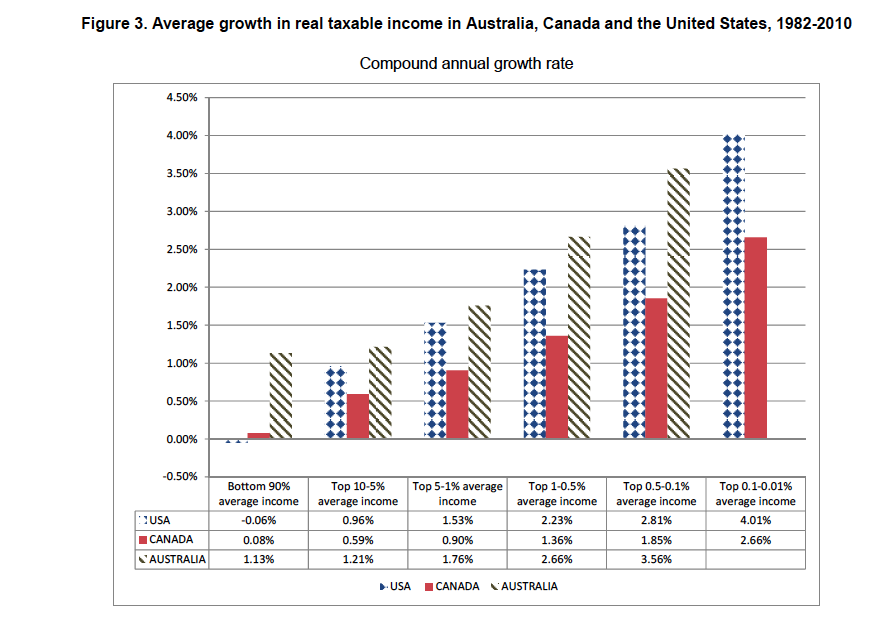 Photo: torontohistory. Used under a Creative Commons BY 2.0 licence.