It looks like another big right-wing myth about taxes is wrong.

Don't tell the Canadian Taxpayers Federation, the Fraser Institute, the Financial Post or Kevin O'Leary, but according to researchers at Stanford University and the U.S. Department of the Treasury, there isn't any real evidence raising taxes on the rich causes millionaires to pack up and leave for somewhere with lower taxes.

That's the conclusion of a comprehensive new study of 45 million American tax records that wanted to know if there's any evidence efforts to fight inequality by raising taxes on top-earners has led to "millionaire migration" – the idea that "transitory millionaires" are "highly mobile actors" who are always on the move, always looking for the next low-tax location to call 'home'.

It turns out the answer is: no, not really.

Although conservatives will tell you we need to lower taxes to prevent millionaires from fleeing to jurisdictions with a more "competitive" tax rate, in reality, over 13 years of tax data shows "the magnitude of the migration response is small and has little effect on the millionaire tax base."

The study finds only 2.4% of millionaires move each year.

That's not a dramatic number – and it's actually lower the general population too (2.9%). 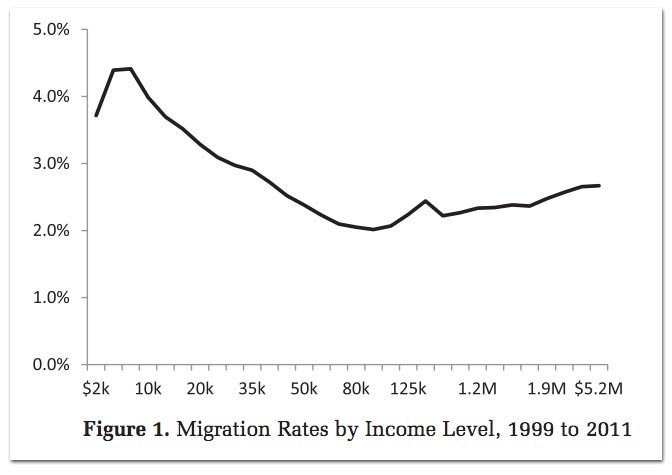 The study also wonders if there's any evidence millionaires move from states with high taxes to states with low taxes so they can pay less taxes?

The answer again is nope:

"The most striking finding of this research is how little elites seem willing to move to exploit tax advantages across state lines in the United States."

After looking closely at 1,134 counties located along state boundary lines (even limiting their analysis to locations were people could "plausibly" live in one state and commute to work in another state), the study finds "the tax effect is not statistically significant":

"We see no evidence of short-run effects of (modest) tax policy changes. Even in long-run models with larger and long-standing tax differences, the evidence that millionaires choose to live on the low-tax side of state borders is weak."

The only example the researchers found of high numbers of millionaires moving from a state with higher taxes to a state with lower taxes, however, is Florida.

According to the study, the only "evidence for tax flight rests entirely on high migration rates into Florida, and not to any other low-tax state" ("when Florida is excluded, there is virtually no tax migration," they observe), but they point out this could have something to do with Florida's sunny beaches with "coastal access to the Caribbean Sea" rather than taxes. 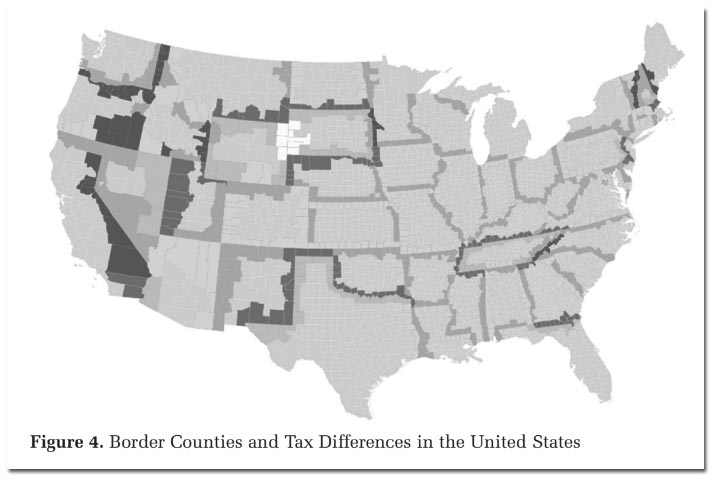 Despite all the talk about taxes, the researchers found millionaires actually have less incentive to move due to family and business ties:

"Our results suggest high social and economic costs of migration, even for the rich. Millionaires do not use their higher income to achieve greater mobility across states, but rather are more grounded in their states ... They more often have family responsibilities—spouses and school-age children that embed them in place. They own businesses that tie them to place. And their elite income itself embeds them in place: millionaires are not searching for economic opportunity—they have found it."

And what is a driving motivation for where millionaires decide to live?

It turns out, a bigger factor could be a sense of community:

Entrepreneurs ... tend to cluster and thrive in their home markets, where they have deep roots, social ties, and accumulated local market knowledge ... When economic success is a joint product – rather than a purely individual accomplishment – there is a difficult network coordination problem for migration: one's own willingness to migrate for tax purposes must align with that of co-founders, collaborators, and perhaps even clients. Migrating away from these social connections is costly.

So, to sum up: the evidence shows the average millionaire would rather live in a community where their families and businesses can thrive than pack up and leave just to shave a few percentage points off their tax bill.