Statistics Canada: Bottom 20% of households spending over half their budgets on basic necessities

How hard is it to make ends meet these days?

New data released Friday by Statistics Canada shows low-income Canadians are spending over half their budgets on food, shelter and clothes – basic necessities.

But although households in the bottom 20% spent an average of $31,974, they're likely spending more than they're bringing in.

The latest available data on incomes in Canada shows the ceiling for being grouped in the bottom 20% of households was $26,200 in 2013.

Households in the bottom 20% spend on average $16,384 on food, shelter and clothing alone, representing 62.5% of the highest possible income one could earn while still being grouped in the bottom 20%. 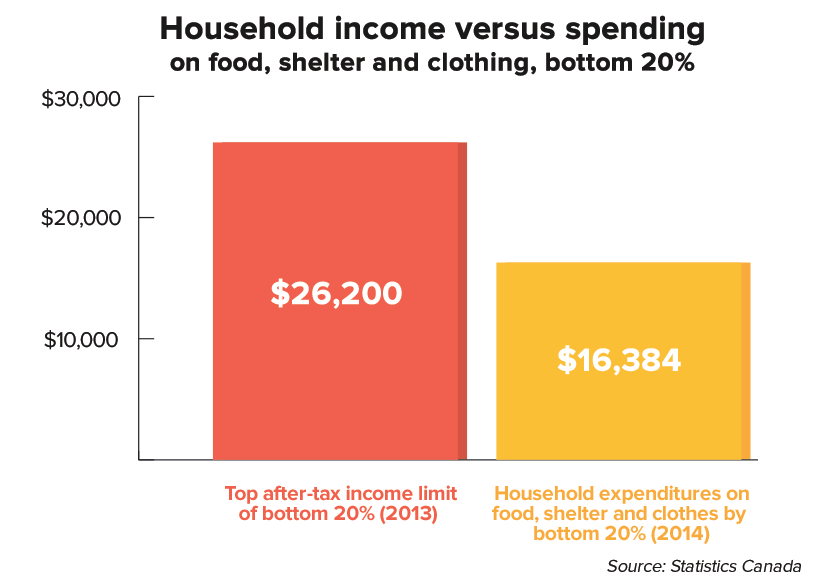 Higher incomes mean bigger budgets, of course – top households spend an average of $46,167 on shelter, food and clothing each year, compared to $16,384 for the bottom 20%.

But the gap between what top (and middle) income households spend on their budgets versus what they spend on basic necessities only underlines the squeeze Canadian households at the bottom are feeling these days with the rising costs of housing and food. 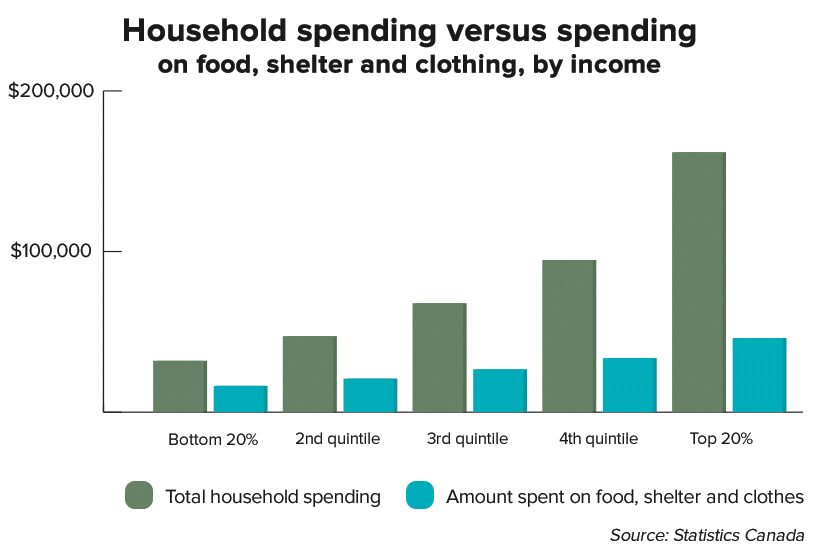