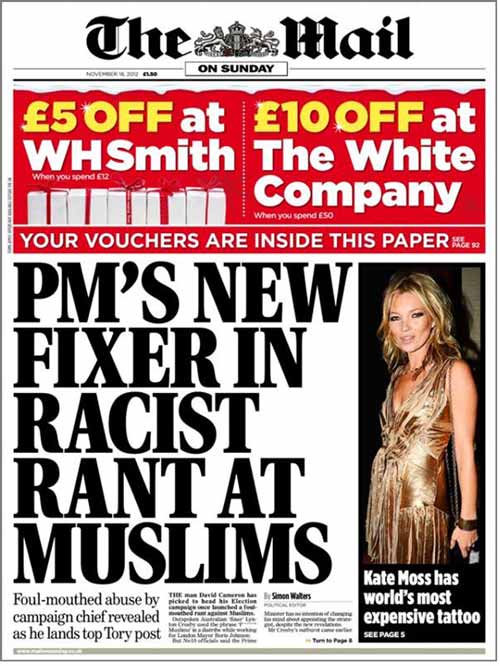 Maclean's reported Thursday that Conservative leader Stephen Harper is now turning to a foreign political consultant who previously worked for Conservative campaigns in Australia, the United Kingdom and the City of London.

Maclean's refers to Lynton Crosby as the "Wizard of Oz," but what kind of wizard is he?

Earlier this year, Joan Bryden of the Canadian Press labelled Crosby a master of "dog whistle politics," a term defined as the use of "racially tinged" code words.

Bryden writes that while Crosby was campaign manager for former Australian Prime Minister John Howard, he "was accused of using words like 'un-Australian' and 'illegals' in a veiled pitch for support from racist, white Australians."

In 2001, Howard's campaign exploited a refugee crisis and used the slogan "we decide who comes into this country."

In 2005, Crosby was behind the failed campaign of UK Conservative leader Michael Howard. During this campaign, Howard called for limits on refugees and coined the slogan “it’s not racist to worry about immigration.”

Also that year, a New Zealand refugee group pushed for Crosby to be refused a visa on the grounds of disreputable character.

A spokesman for the group said:

"Mr Crosby's election tactics are deliberately designed to create a degree of xenophobia and fear for 'refugee invasions'. His strategy consists of creating the most shameful and grubby tactics - spreading misinformation and uninformed but sensational opinion and debate - we have seen and experienced in Australia since the Tampa election in 2001. We're now seeing the same phenomena developing from the Conservatives in the UK."

Is this what Canadians can expect for the rest of the election campaign?

UPDATE: So what exactly does Crosby do with all that money he makes sowing racial division in other people's countries?

Hard to say, but one guess comes from this 2013 report in Britain's Daily Mirror that Crosby has a holding company, Rutland Limited, that's run out of the office of a trust firm specializing in "wealth preservation" in the offshore tax haven of Malta. 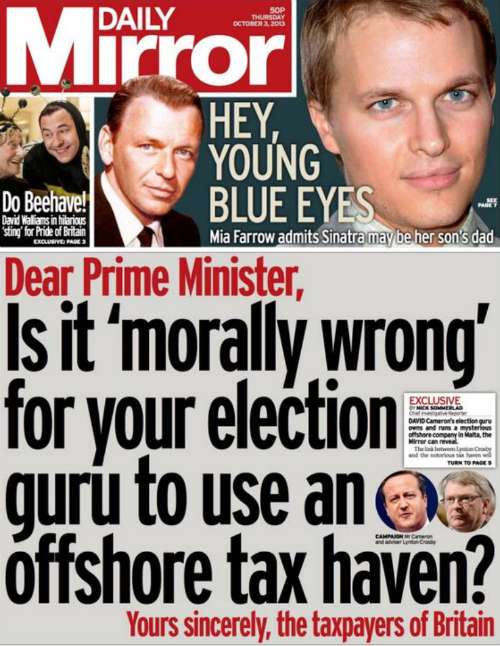 A spokesman for the trust firm told the Mirror that Rutland is a legal and legitimate company "which fulfils all its tax obligations in Malta."