The CRA stripped an end-of-life group's charity status. But what about pro-life charities?

On Tuesday, one of Canada's leading organizations in the end-of-life care debate announced it had been stripped of charitable status after the Canada Revenue Agency determined the charity had been "registered in error" – this nearly 32 years after the organization was first registered as a charity.

According to Dying with Dignity Canada, the CRA told the group that they determined it does not actually conduct "any activities advancing education in the charitable sense."

This may seem strange to anyone who takes a quick scan of Dying with Dignity's website, which shows they provide a litany of educational resources, workshops and advance care planning kits – one would think that's evidence of at least some "activities advancing education," right? Well, apparently not:

"It is our position the organization's primary focus remains on advocating for alternatives to preserving human life and selectively informing the public in support of its political purpose to expand choice in dying," the CRA said.

As well, charities may not "engage in pressure tactics on governments such as swaying public opinion, promoting an attitude of mind, creating a climate of public opinion or exercising moral pressure."

But if Dying with Dignity conducted no "education in the charitable sense" and were "selectively informing the public" and "exercising moral pressure," as the CRA contends, what then of charities on the other side of the end-of-life debate?

Many pro-life groups who oppose physician-assisted death describe their mandate as being primarily one of "education." Here are just two examples:

Searching CRA's registered charity listing with keywords like "pro life," "pro-life" and "right to life" points to over 50 organizations with charitable status who take a social conservative view on issues related to reproductive rights and end-of-life care.

Overwhelmingly, these groups cite public education in describing their group's activities, including distributing information via websites, brochures and workshops – not substantially different from how Dying with Dignity described its own educational activities to the CRA.

So what then constitutes "education in the charitable sense?"

Here are a few examples of information and activities provided by pro-life groups:

1. Does a fact sheet that identifies negative emotional states like "guilt," "regret," "lower self-esteem" and "inability to forgive self" as "psychological effects of abortion on women" qualify as "education in the charitable sense"?

What about informing women "there is not a single scientific study that has shown abortion has ... produced any benefits to women"? That's not "selective," right?

2. Are articles about "pro-life" moments on the TV drama House considered "education in the charitable sense"? 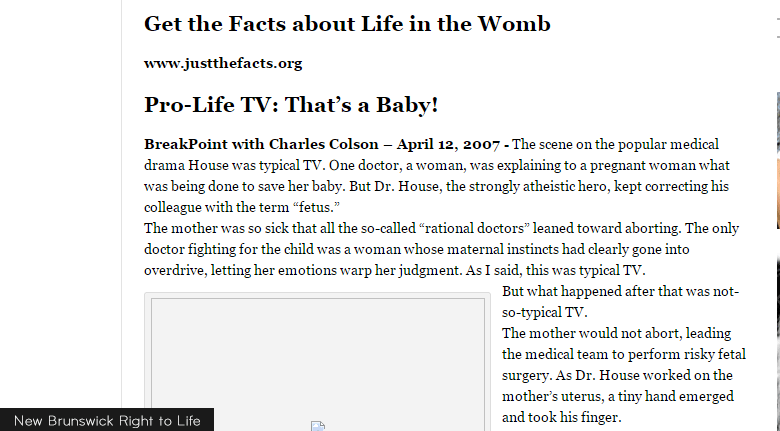 3. Does educational curriculum that questions the basis of reality itself to teach kids the "marvellous reality of the development of the unborn" meet the standard for "education in the charitable sense"? Or is that more "an attitude of mind"? 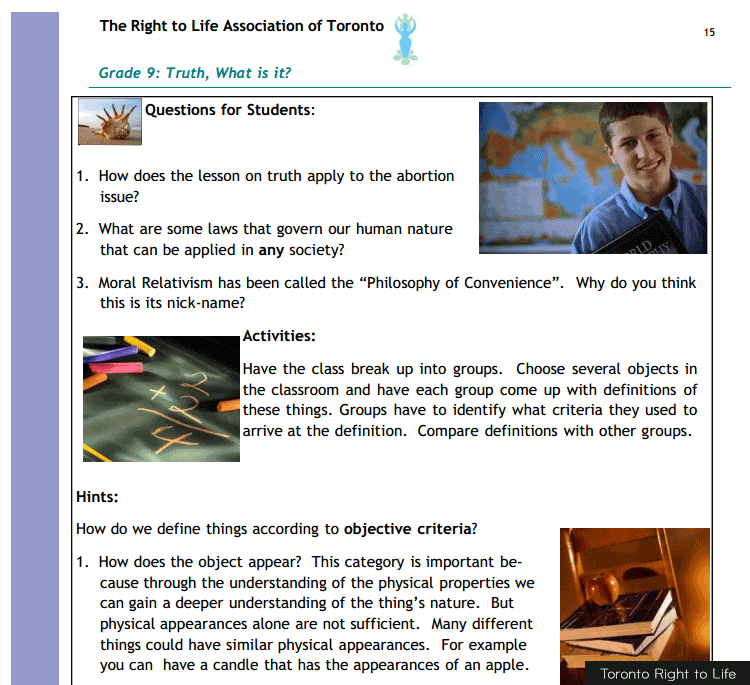 The change in status for Dying with Dignity comes ahead of a Supreme Court of Canada ruling expected later this year on assisted suicide. The Conservative government opposes any change to Criminal Code prohibitions against assisted suicide and euthanasia.

The CRA's special political-activity audit on charities was announced by the government in 2012. Critics say it has unfairly targeted charities whose goals don't line up with Harper government policy.