The definitive ranking of ridiculous and misleading Conservative names for bills

Ever notice how the Conservatives like to give their bills absurd names?

And those names often have little relevance to the bill's content or give the impression that the legislation will do the exact opposite of what it will actually do?

Now, here's *the* definitive ranking of the most ridiculous and misleading Conservative names for bills: 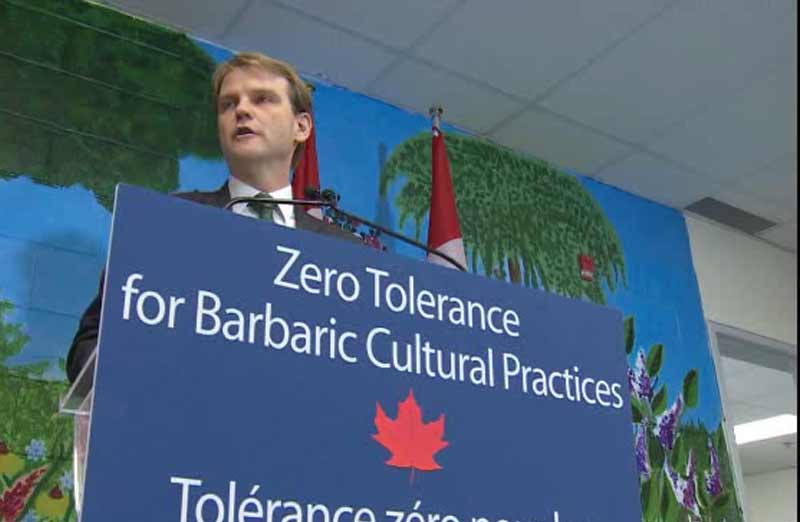 What do you get when you combine obscure problems with redundant laws and racist rhetoric?

You get the "Zero Tolerance for Barbaric Cultural Practices Act."

That's the name given to the latest bill tabled this week by Citizenship and Immigration Minister Chris Alexander, who is awkwardly pushing it in the name of defending the purity of the nation. Never mind that immigration experts point out that "barbaric cultural practices," such as polygamy, forced marriages and honour killings are already illegal, making the bill completely unnecessary.

On the other hand, xenophobia could get the Conservatives votes. 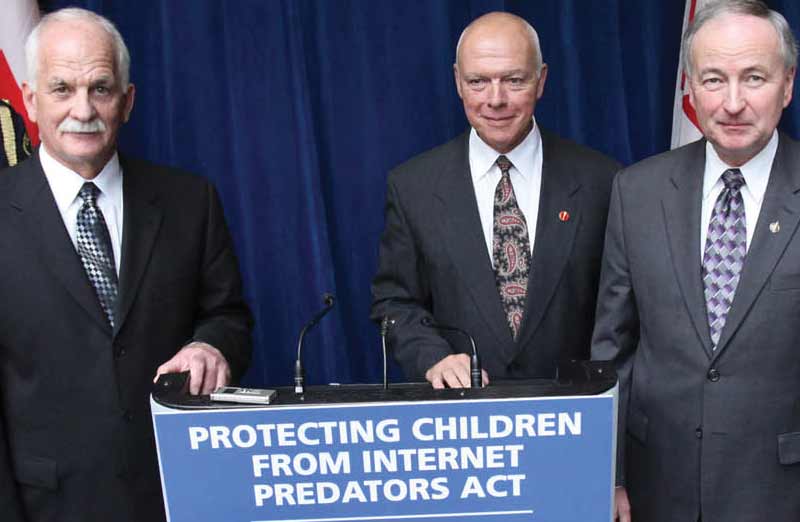 Protecting children from Internet predators? Who could be against that?

Well, a majority of Canadians, once they found out what was actually in the legislation.

Back in 2012, then-Public Safety Minister Vic Toews authored the Lawful Access Act, but that didn't sound scary enough, so he rebranded it as the "Protecting Children From Online Predators Act." The pretense was the legislation was about stopping perverts on the Internet from preying on kids, but turns out it was really designed to "give authorities unprecedented new powers to monitor the online and phone habits of Canadians."

Toews, now a judge, lashed out at critics of his online spy bill, saying they could "either stand with us or with the child pornographers." This ignited a special moment of Canadian history when people came together online  to ridicule Toews.

The Conservatives eventually killed the bill, although a modified version, "Protecting Canadians from Online Crime Act," passed the House of Commons last month. (The legislation was ostensibly about ending cyberbullying, but gave the government draconian new surveillance powers.) 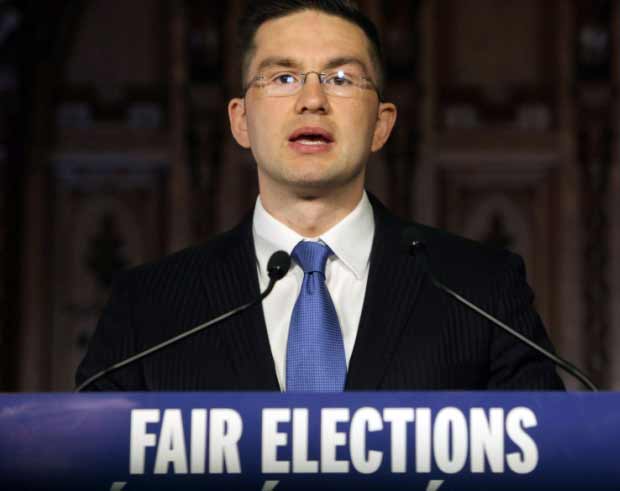 Leave it to Pierre Poilievre to describe a bill as "fair" that effectively made it harder for low-income, youth, seniors and First Nations to vote; banned Elections Canada from engaging citizens about voting; and weakened Elections Canada's ability to investigate voter suppression and electoral fraud.

Not to mention that it's hard to see the Conservatives as a credible source on the subject matter. In recent years, they were caught over-spending in an election, watched a staffer in the robocalls scandal be convicted by a judge who concluded "the evidence indicates he did not likely act alone," and, just recently, saw a Conservative MP (who was also Prime Minister Stephen Harper's ethics point man) be convicted of breaking election laws.

4. "Serious Time for the Most Serious Crime Act"

5. "Ending House Arrest for Property and Other Serious Crimes by Serious and Violent Offenders Act"

And a very serious Peter MacKay introduced another serious bill in 2009 that seriously aimed to end unserious conditional sentences and impose serious mandatory sentences on everyone from murderers to common thieves.

6. "The Unborn Victims of Crime Act"

Officially, the Conservatives say the abortion debate is closed.

But every so often, a member of their caucus sneaks something through the back door that's akin to a Creeping Attempt to Criminalize Abortion Bill.

You can't call it that, of course.

But the "Unborn Victims of Crime Act," tabled by Conservative MP Ken Epp in 2008, would have imprisoned anyone "injuring or causing the death of an unborn child."

So would that have covered doctors who provide abortions and women who choose to exercise their reproductive rights?

University of Toronto law professor Audrey Macklin sums this one up, tabled by Alexander in June, perfectly.

"Whatever else this bill does, turning citizenship into a privilege in law actually weakens Canadian citizenship. It becomes an enhanced form of permanent resident status," she told the Toronto Star.

Never mind that the Canadian Bar Association says it's "likely unconstitutional" and "may constitute a grave human rights breach." It could also create a class of stateless people who exist in international limbo.

But remember: it's all about strengthening Canadian citizenship.

You may have thought this one was about protecting you from identity thieves. Think again!

Included among some sensible provisions to protect the information of kids and compelling businesses to report if they've been hacked, the bill also slipped in this worrisome clause: "To protect the secrecy and integrity of investigations by law enforcement and security agencies, organizations will be prohibited from notifying an individual about the disclosure of his or her personal information."

In other words, the bill actually makes your personal information less safe.

9. "An Act Creating One of the World's Largest National Park Reserves"

What would Canadian laws look like if the government hired the people who write Upworthy's headlines? A bill that might surprise you.

While the expansion of the Northwest Territories' Nahanni National Park is a good thing, the Conservatives' reputation as stewards of the land is a bit undermined by deep job cuts at Parks Canada.

In the Northwest Territories alone, more than half of Parks Canada's employee received layoff notices during the last round of cuts. And we currently allow mining for zinc within the watershed of the South Nahanni River on the edge of Nahanni National Park.

10. "The Protection of Communities and Exploited Persons Act"

This one would make Orwell proud.
The aim of the controversial anti-prostitution legislation, which passed the Senate this week amid loud, "is not to increase protections for prostitutes," explains lawyer Kimberley Potter under the headline Tories' moral stand puts prostitutes in danger.
Put another way, "In an effort to deter the practice of prostitution, the news prostitution bill frustrates the very purpose it purports to further -- the safety of sex workers."

Branded as a way to grow the economy and create jobs, the 2012 omnibus budget bill dealt with many issues that had absolutely nothing to do with jobs, growth or prosperity.

Here's a small sampling of some of the changes the Conservatives slipped into their 450-page bill:

Other than for 65 to 67 year old crowd, did any of these measures help create "jobs" or "grow" the economy?
politics
Do you like this post?