But what he doesn't mention is his business has collected over $400,000 in contracts from the federal government since declaring his intention to run for Canada's governing party earlier this year.

Pamic is an Ottawa-area Conservative candidate, but he's also a man of many hats: small business owner, chair of an anti-union lobby group and erstwhile witness at parliamentary committee hearings.

That's worth noting because the small company where Pamic serves as Director and Vice President, Power-Tek Capital Services, was awarded at least $404,682.57 in government contracts since declaring his intent to run for the Conservatives in January 2015. 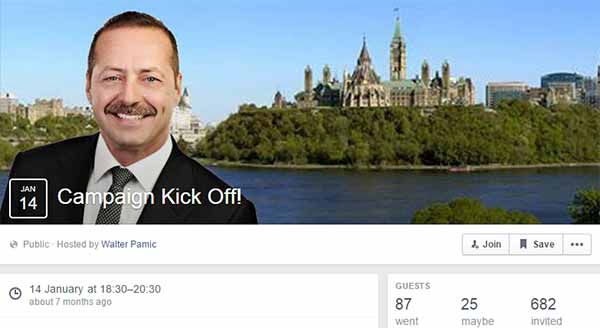 Since Pamic launched his campaign on January 14th, Power-Tek has had three successful bids on government construction contracts: two from the Canadian Space Agency for $155,883.50 and $80,799.07, plus another from the Department of National Defence worth $168,000.

The DND contract was awarded on May 7 with a delivery date of September 14 – right in the middle of the federal election.

Pamic is running in Kanata-Carleton, a new riding carved out of two ridings previously held by Conservatives.

If elected, Pamic would need to declare his business interests to the Conflict of Interest and Ethics Commissioner (Power-Tek's contracts date back at least as far as 2010). Under the existing rules, he may be required to place his business in a blind trust due to its work for the federal government.

Those rules don't apply for candidates. Unlike in the U.S. where candidates for federal office must disclose their personal finances, Canada only requires disclosure after they're elected.

But what makes all of this awkward is Pamic's work with an anti-union lobby group actively promoting a new law that will force unions to publicly disclose their finances under the (potentially) unconstitutional Bill C-377. 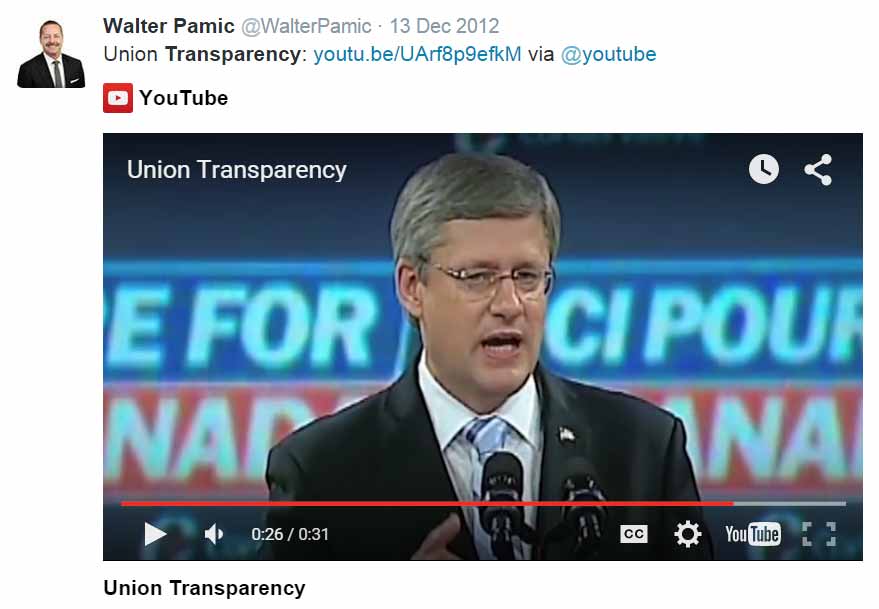 Pamic is listed as the Chair of Merit Ontario; Merit Ontario is a provincial affiliate of Merit Canada, an organization representing non-unionized construction companies and lobbies for greater market access for their firms.

Merit Canada was named as one of the 10 most active groups lobbying the Prime Minister's Office in 2013. 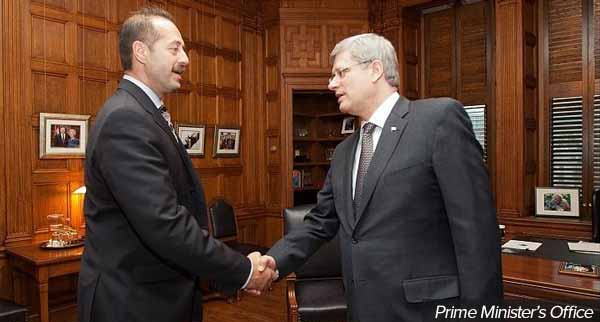 In 2013, Pamic was invited by the Conservatives to testify at the Standing Committee on Transport, Infrastructure and Communities for a study on "how competition can make infrastructure dollars go further."

"I find it rather disgusting that my tax dollars go into projects that I cannot bid on for no other reason than my employees choose to be union-free," Pamic said.

Pamic forgot to tell the committee he's managed to make $2.8 million dollars off the federal government since 2010 anyway. 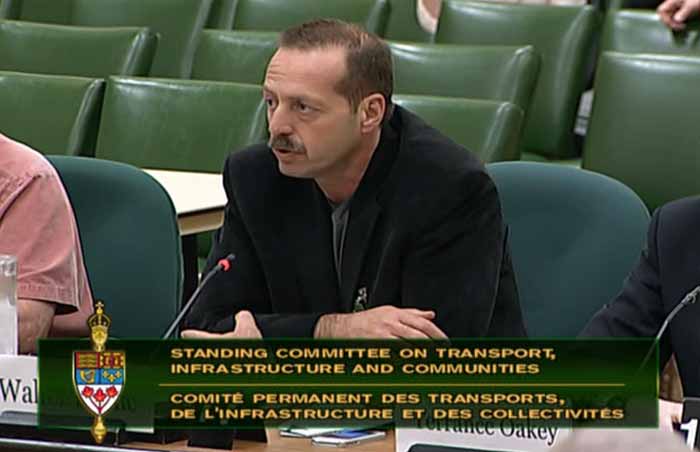 Pamic did not respond to a request for comment from PressProgress.