This is why workers are fed up with Ontario's precarious, low-wage economy

Having a job in Ontario isn't the same as it used to be.

Two recent reports released by the Canadian Centre for Policy Alternatives and the Workers' Action Centre point to a continuing trend of precarious, low-paying jobs and deepening inequality in Canada's biggest province.

The Government of Ontario is now conducting a review of the province's labour laws, and workers are campaigning to put fair wages and working conditions on the top of that agenda.

Here are a few of the problems workers are taking issue with:

Total employment in Ontario has grown by 30% over the past 20 years, but at the same time, the low-wage workforce has grown by a staggering 94%.

According to Statistics Canada, the vast majority of these minimum wage earners are over 20-years-old. 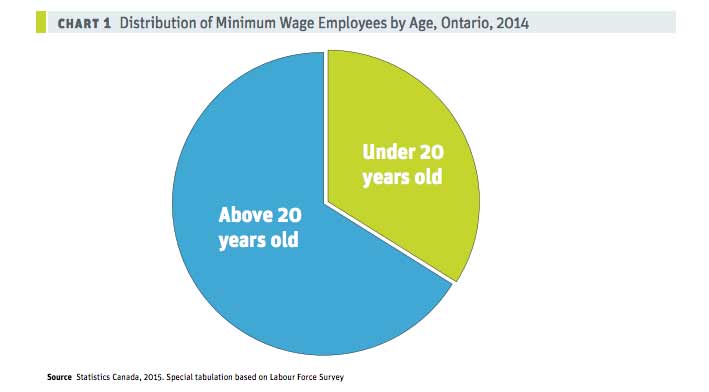 More precarious jobs are being created than full-time jobs

Over the same period, full-time work grew by only 16%.

Many of those workers would like to work more hours, however – in 2013, 32% of part-time workers reported they'd prefer working full-time hours.

Not having predictable work hours can make life difficult, particularly for workers with families.

In 2014, 62.9% of Ontario's minimum wage workforce said they experienced variations in their work hours from one week to the next. Over 40% of those earning slightly above minimum wage (between $11 and $15 per hour) also reported unpredictable work hours. 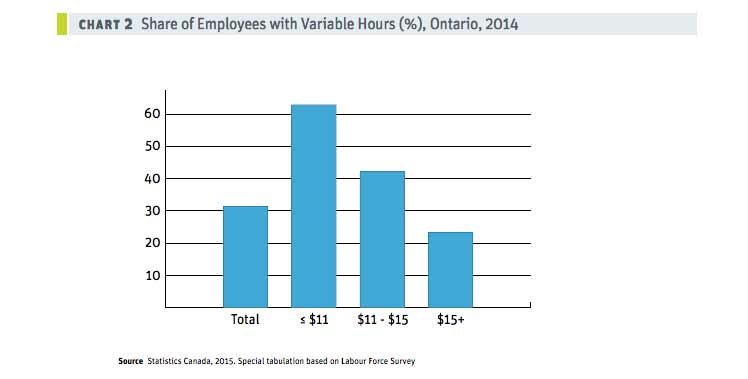 When it comes to sick leave, there's a big gap between low and high-paid workers. 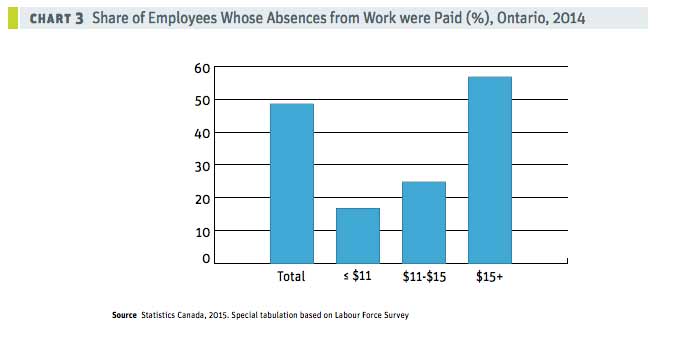 Ontario's labour standards aren't universal, thanks to an elaborate series of loopholes and special rules.

Based on age or occupation, some workers are exempted from standard minimum wage laws, as well as other rules covering rest times, public holidays, vacations and overtime. As well, workers employed by a company for less than five years don't qualify for severance pay.

According to the WAC, "low-income employees are much less likely to be covered by most [Employment Standards Act] provisions, ncluding those related to minimum wage, overtime public holidays, personal emergency leave, and severance pay."

IMF study: decades of chipping away at unions is "strongly associated" with rising inequality