Just 36.6% of unemployed workers are receiving Employment Insurance -- an all-time low in Canada, according to the latest government statistics.

The new milestone, calculated by comparing the number of regular EI beneficiaries in the latest Statistics Canada report with the number of unemployed workers from the Labour Force Survey, follows a series of policy changes over the last two decades that have made access to benefits increasingly difficult.

In 1990, 83% of the unemployed received benefits, but it took a dive to 42% in 1998 — when the former Liberal government redesigned the program to make it far less generous. After further changes by the Harper government in recent years, the beneficiaries-to-unemployed ratio fell below 40% in 2012 for the first time in almost 40 years.

In 2013, the ratio of beneficiaries-to-unemployed dropped to 37% after the government implemented further restrictions, requiring Canadians to accept any job it deems "suitable" — even if it's unrelated to their career and comes with a 30% pay cut and hour-long commute.

MacEwen also found huge discrepancies among cities when she took a closer look at the percentage of unemployed who are regular EI beneficiaries. Between June 1997 and June 2014, the vast majority of cities also saw a steady drop: 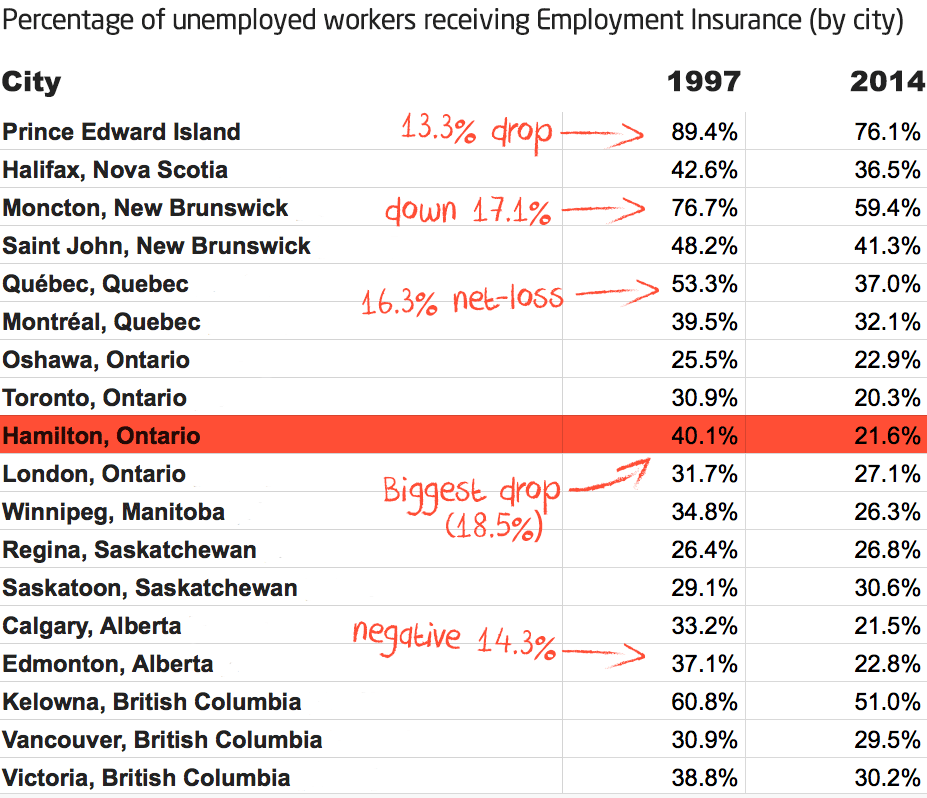