WATCH: Brian Pallister suggests his majority male, 100% white cabinet is the "most diverse" in Canadian history

Fresh from appointing an all-white, majority male cabinet, Manitoba's new Premier wasted no time in adding to his lengthy history of ridiculous statements.

After trying and failing to get an answer once, Marcelino tried again:

I thank the Premier for his response though I didn't hear any response to the question of why there aren't enough women and diversity in the cabinet... What's striking about the Throne Speech is what's not in it - just like his cabinet, excluding the indigenous community, reconciliation, workers, women, LBTTQ, immigration, and Manitobans living with disabilities. Madam Speaker, why does this Premier not recognize diversity in Manitoba?

We recognize and we embody it. This government is the most diverse perhaps in the history of this country. 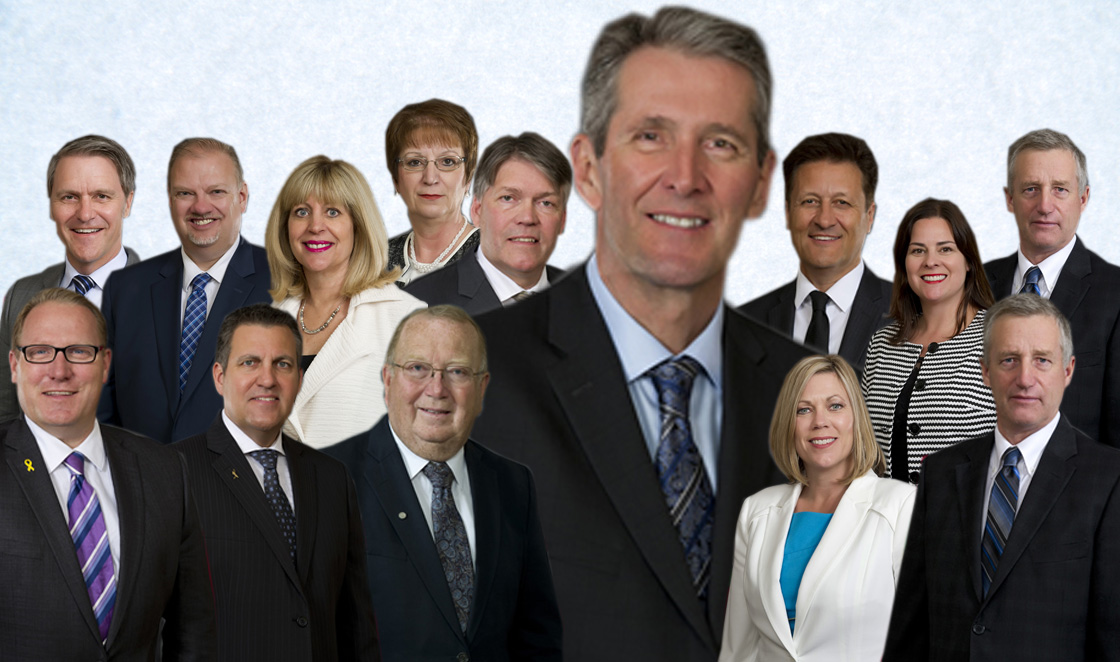 In Pallister's cabinet of 13 (including himself), only four members are women. And, in a province where indigenous people make up more than 15% of the total population, not a single member is aboriginal. The Progressive Conservative caucus isn't much better.