The Environment Minister's own point man is dismissing Environment Canada's projections on greenhouse gas emissions reductions as just an "opinion."

Colin Carrie, Parliamentary Secretary to the Minister of the Environment, made the statement Sunday while appearing on Global's The West Block on behalf of his boss, Environment Minister Leona Aglukkaq.

"Well, everybody's entitled to their own opinion," said Carrie.

Host Tom Clark had asked Aglukkaq's stand-in whether Canada was going meet its target under the 2009 Copenhagen Accord to reduce GHG emissions by 17% below 2005 levels in 2020 -- in light of a finding by Environment Canada that Canada, would, in fact, be missing the target.

"This is Environment Canada, it's not an opinion, it's what your department is saying," responded Clark.

For the record, this is what Environment Canada says: 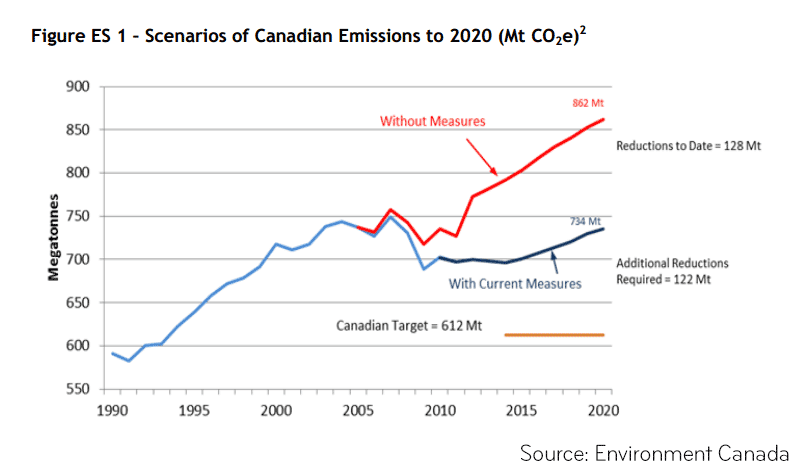 Interestingly, Carrie offered a similar explanation last month in response to a devastating audit by the Commissioner of the Environment and Sustainable Development. The audit found that Canada was "only seven per cent of the way" to meeting its Copenhagen targets.

"She has her opinion, and we certainly have our opinion," Carrie said at the time.

One thing that has changed since last month is the Conservative excuse for dragging its heels on bringing in regulations for the oil and gas sector.

In the past, the Conservatives claimed Canada could not act because it needed to work in lock step with the Americans.

On Sunday, Carrie dodged the question several times when Clark asked about a new climate deal between the U.S. and China that sets more aggressive GHG emissions reduction targets.