Are you a wealthy man?

Does your wife earn significantly less than you do -- or nothing at all?

Worry no longer, man. The Conservatives have heard you. Help is on the way.

It's called income splitting (or "the family tax cut," as the Conservatives want you to think about it). It works by letting higher-earning spouses shift up to $50,000 of their income to a lower-earning spouse as a way of lowering the taxes they pay (with a benefit cap of $2,000).

The problem is an ever growing number of economists and tax experts are stepping forward with hard numbers that show the $12.650 billion scheme disproportionately benefits high-income earners representing a very small percentage of all Canadian families.

Or, as law professor Kathleen Lahey, a tax law specialist at Queen's University, puts it, the scheme is "designed in such a way that guarantees it will only make a difference to the richest Canadians."

Overall, the majority of families with children under 18 (54.1%) -- the target of the scheme -- will get zero benefit. That's because they're either single parents or both parents are in the same tax bracket.

UBC economics professor Kevin Milligan drilled down further to look at what kinds of families stand to gain the most from the Conservatives' income splitting plan. Here's what he found: 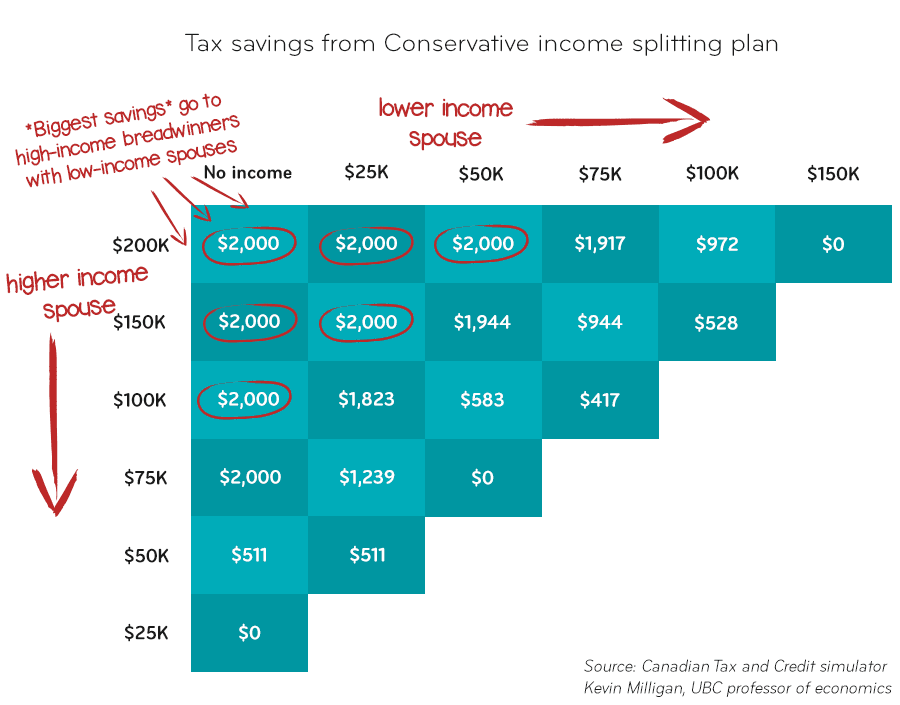 Milligan's read on the data is backed up by another set of data compiled by Lahey, showing the tax cut gives "shockingly expensive tax gifts to the rich while throwing small token payments to middle income families." 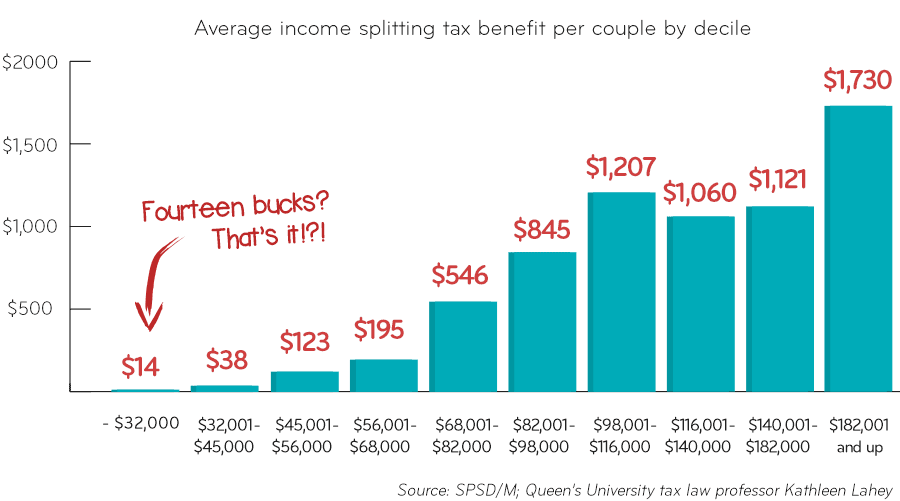 As Lahey explains, "a couple with low earnings have nothing to split, and nothing to gain from splitting. When both spouses/partners are working at low wages, they will be in the same tax bracket, and will not get any benefit from income splitting."

But what about parents who chose to stay-at-home to care for their children? (Supporting stay-at-home parents is an often cited argument by supporters of income splitting.)

Well, hate to burst their bubble, but according to data provided by Carleton University public policy professor Jennifer Robson, the median income of families with one male breadwinner and a non-working spouse is $40,000. That typical family would fall into the category of an average total tax savings of $38.

But some families also have female breadwinners while dad stays at home. For families with this arrangement, their median income is $33,000, Robson found. That family, too, fall into the category of an average tax cut of $38.

Overall, though, the main breadwinner in the overwhelming majority of Canadian families are men. And according to Lahey's calculations, that means nearly nine-tenths of income splitting's benefits will go straight into the pockets of men. 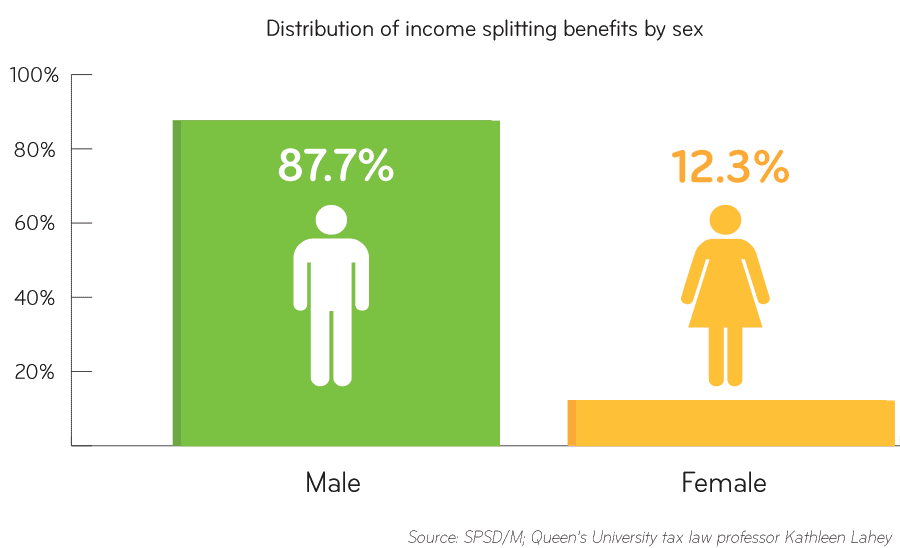