Who killed it? The case of the government's vanishing climate change press release

Maybe it was Minister X in the conservatory with the delete button.

Natural Resources Canada spent months editing a news release about a devastating climate change report, according to documents newly obtained by PressProgress through Access to Information.

Their work was all for naught. The release was never actually issued in what appears to be a textbook example of How to Bury Bad News 101.

Authored by climate experts at Natural Resources Canada (NRCan), the June 24th report titled Canada in a Changing Climate spelled out how "changes in climate are increasingly affecting Canada’s natural environment, economic sectors and the health of Canadians" and issued concern over a "lack of proactive adaptation."

While the Harper government hasn't been eager to acknowledge the risks of climate change, the timing of the NRCan report may have been particularly awkward. The findings were at odds with another report put out by the Conservative dominated Natural Resource committee a week earlier. That sunnily titled missive, The Cross-Canada Benefits of the Oil and Gas Industry, concluded that the oil and gas industry "generates various environmental benefits, including improved air quality, water quality, and reforestation" and the "planet is today much greener because of fossil fuels."

Instead, NRCan's report was "released with little fanfare" and the "major report found its way onto the Natural Resources Canada website" without any news release, despite the fact that internal documents show several departments coordinated to respond to the release of the report, and a communications plan indicated a corresponding news release was scheduled to go out: 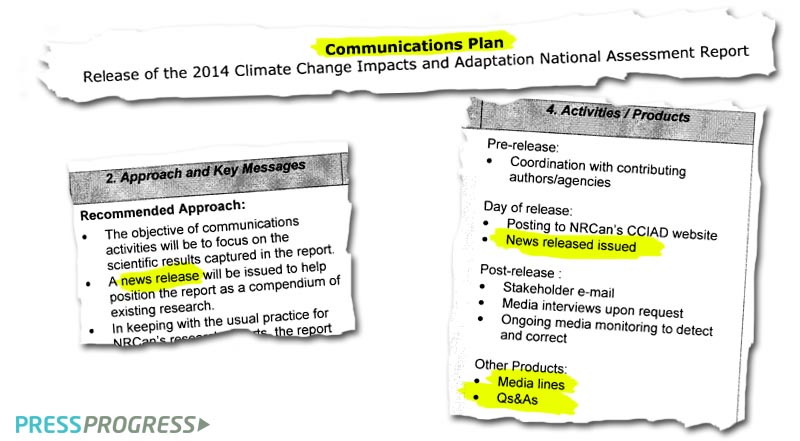 E-mails between public servants show a final draft of the news release was ready to be issued on June 23. The next day, NRCan opted instead to quietly post the report, Canada in a Changing Climate, on its website.

By all indications, civil servants had signed off on the news release. The Privy Council Office (that's the bureaucratic arm of the Prime Minister's Office) requested one edit and then it was scheduled to be sent to the Office of Natural Resources Minister Greg Rickford ("MinO"): 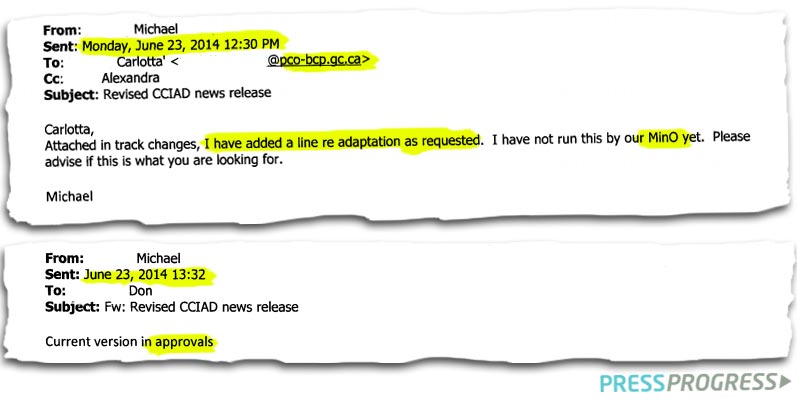 So who killed the press release?

We do know that a senior analyst in strategic communications at the Privy Council Office had requested that a line "re adaptation" be inserted into the press release.

That line emphasizes how the Harper government's adaptation policy would "maximize resulting economic opportunities" from climate change and thereby increase the "resilience" and "competitiveness" of "Canada's industries and communities": 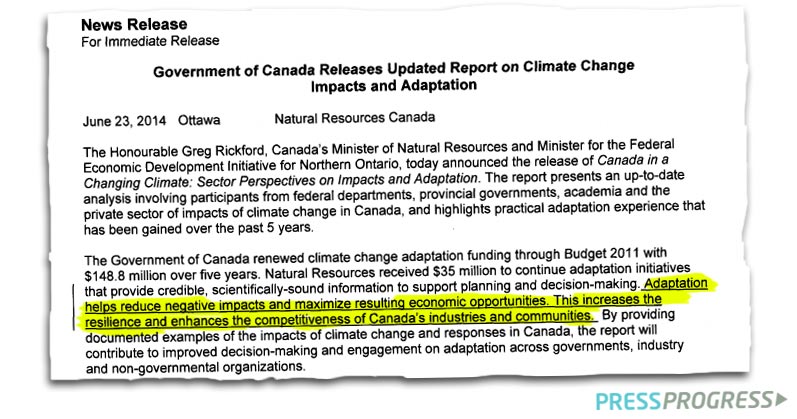 Interestingly, that line appeared nearly verbatim in an earlier draft of the news release from mid-April, but was removed by civil servants and later approved by the deputy minister in May.

At that time, the line appeared as a quote attributed to Natural Resources Minister Greg Rickford:

Strange that they appear to have spent months in vain trying to get the quote just right.

Back in March, a civil servant assembled a 42-page list of "quotable quotes" that might have done an excellent job at describing what was actually in the government's own report. Here's a sampling: 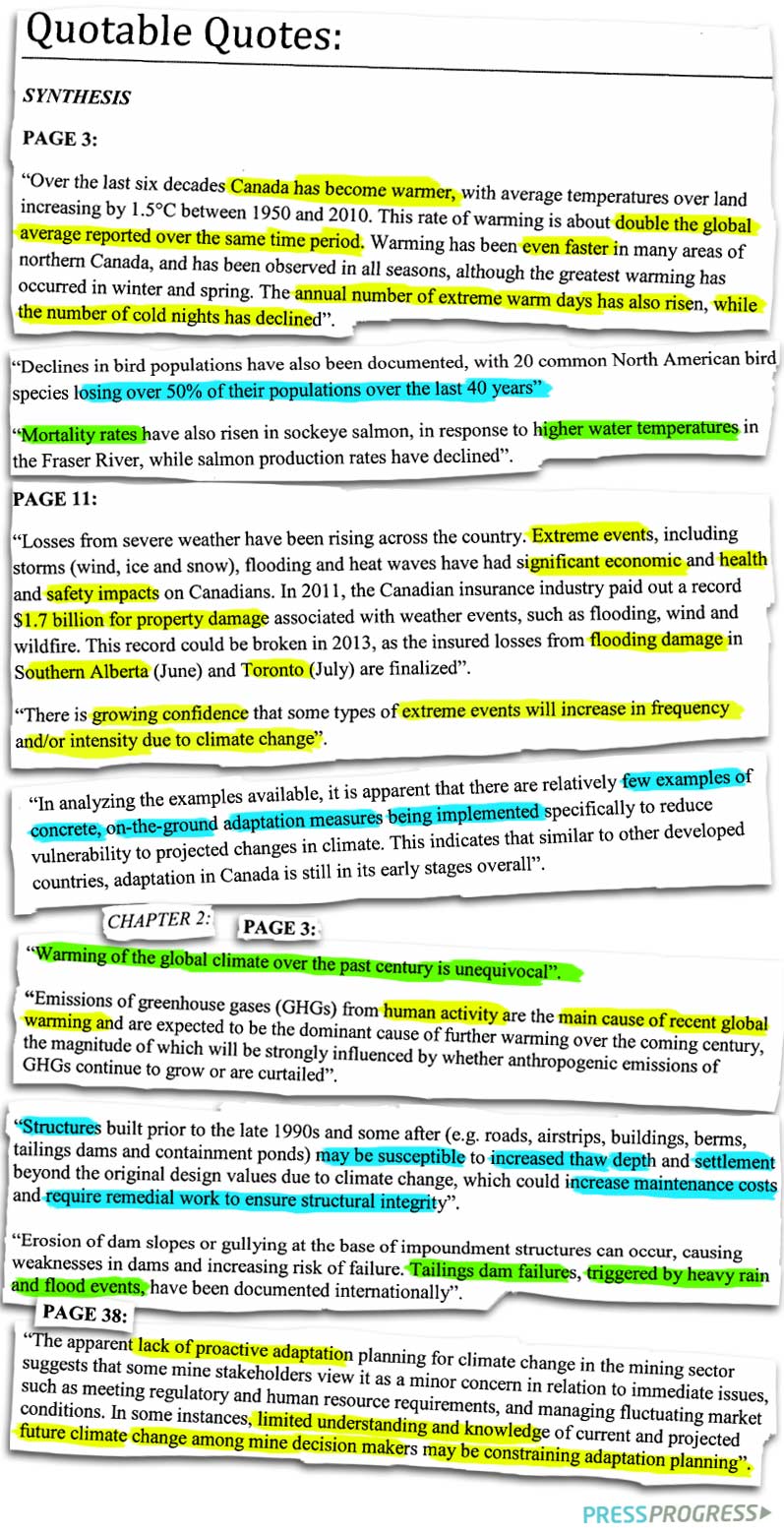 Note: Last names of public servants removed as courtesy to privacy of individuals mentioned in documents.

Photo: Used under Creative Commons BY 2.0

Green with envy: Canada should follow these clean energy leaders

Who killed it? The case of the government's vanishing climate change press release