Why is there a gun aimed at a doctor's face on the homepage of Canada's largest "pro life" group? 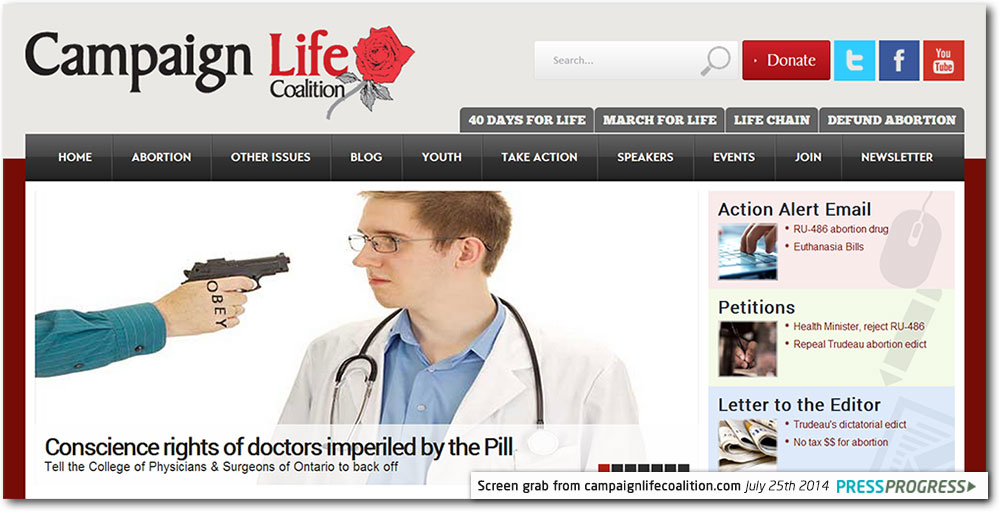 Apparently it's "pro life" to feature pictures of doctors with handguns pointed at their faces on your website's homepage.

The above screen grab comes from the website of the Campaign Life Coalition, Canada's biggest anti-abortion lobbyist and organizers of the annual "March for Life".

The prominent image that greets visitors features a model dressed as a doctor looking down the barrel of a handgun that's pointed at his face at point blank range. The unseen person holding the gun has the words "obey" scribbled across their knuckles.

Campaign Life Coalition describes its mission as defending "the sanctity of human life," increasing "respect and protection for human life" and standing up against "the culture of death" that "spawns new threats to human life, the family and freedom."

But apparently they're OK with pictures of guns pointed at doctor's faces.

Given how many abortion doctors have been gunned down and threatened with violence by "pro life" extremists, one could consider this imagery to be in poor taste to say the least.

It bears noting that the Coalition website also includes several sections targeted at young people. In other words, the children logging onto the website of an organization that says it champions "the family" would have to pass past this graphic imagery when they log on.

Responding to the 2009 murder of a Kansas abortion doctor,  Coalition National President Jim Hughes said "not only is this sort of violence seriously damaging to the pro-life cause, it is also deeply contrary to everything that is meant by the phrase pro-life."

Campaign Life Coalition appears to have decided to tone things down and quietly swapped the photo of the handgun pointed at the doctor for something a little less "in your face": 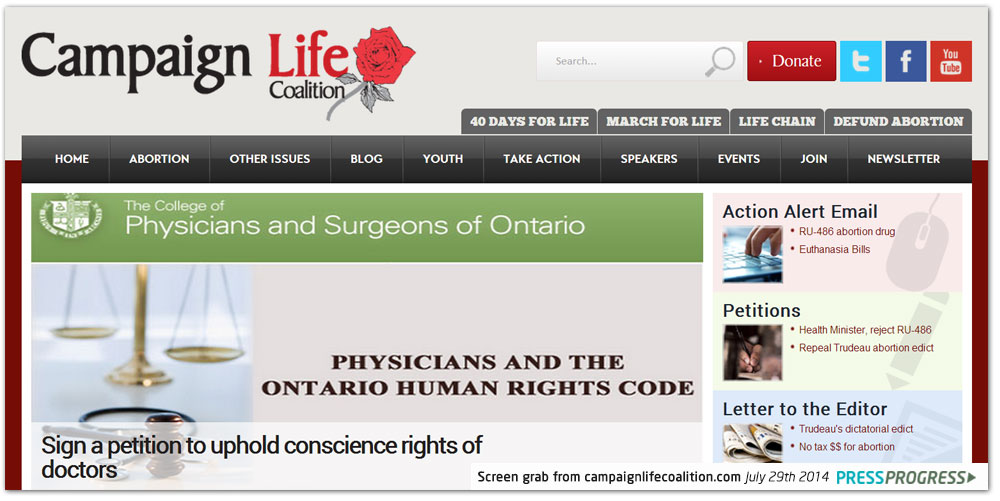 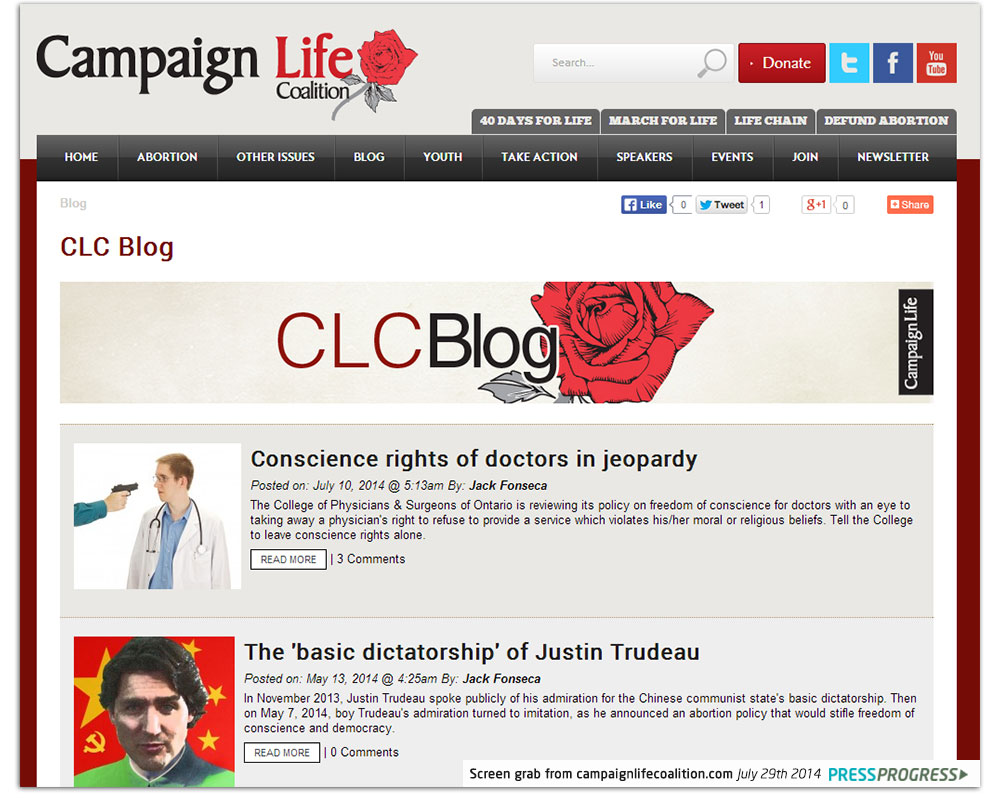