You might call it the Wayne Gretzky of voter suppression laws.

Because a new bill tabled by Democratic Reform Minister Pierre Poilievre could obstruct the ability of Canadian citizens living abroad to cast votes in next year's election.

This could impact some of the 1,062,640 Canadians living in the United States alone (we're not the only ones wondering if that could include The Great One).

The government argues that Canada needs the law to keep non-citizens from voting "illegally" and to prevent Canadians living abroad from going "riding shopping" to "pick and choose their riding" during elections.

The voting block affected includes everything from students and academics studying abroad to public servants stationed at foreign outposts. And, presumably, even Canadian entertainers.

To clamp down on the possibility of voter fraud by the likes of Paul Anka and Justin Bieber, Poilievre's Citizen Voting Act will "require they prove identity and most-recent Canadian address" or, if they can't, "rely on an attestation of past address from a properly-identified voter from the same riding," something that can complicate voter registration. 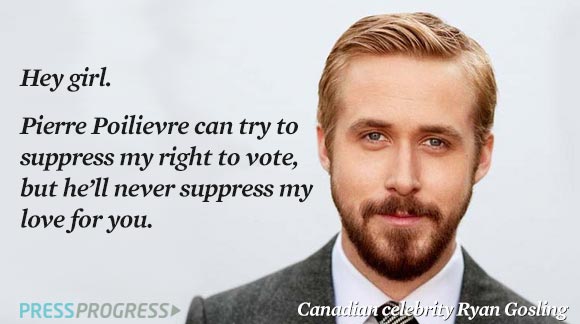 Back in May, a court ruling struck down a law that prevented anyone who has lived outside of Canada for more than five years from casting a ballot in Canadian elections. (The government could still appeal this decision).

In his ruling, Ontario Superior court judge Michael Penny noted that in "20 years, no complaint or problem has ever been raised about electoral abuse" and added:

"In my view, the vague assertions of unfairness to resident voters and the speculative nature of any negative impacts cannot outweigh the substantial, deleterious impact of stripping a Canadian citizen of his or her right to vote by virtue only of crossing the five-year non-resident threshold."

As for riding shopping, Canada's election law is clear that Canadians living abroad can only vote in ridings where they last lived, or in the riding of a relative or spouse:

And once they've registered, the current law prohibits Canadians living abroad from changing their address -- meaning they can't move from riding to riding.

According to Shaun O'Brien, the lawyer who successfully argued the case for striking down the voting restrictions, the new bill's ID requirements are a "run around" -- a way of "doing indirectly what they can't do directly."

“It’s consistent with what they did in the Fair Elections Act in terms of trying to use identification requirements…[to] make it more difficult to vote," O'Brien told Huffington Post Canada. "Ultimately, it does end up disenfranchising people.”

“In a globalized world, we should be fostering connections with Canadians living abroad," O'Brien said after the ruling. "Why are we pushing away rather than drawing in Canadians like Mark Carney and Wayne Gretzky?”

Where could this make the biggest difference?

The court was presented with data from Asia Pacific Research that estimated 2.8 million Canadians live abroad, with 1.4 million having lived outside of Canada for more than five years.

According to their survey, Canadians living abroad tend to have a vested interest in the country: 57% "frequently" or "very frequently" consume news, with 95% of respondents having some post-secondary education. Thirty per cent have jobs linked to Canada, whether through government, business or NGOs.

Interestingly, a majority of Canadians living abroad listed Ontario (40%) and British Columbia (30%) as their home provinces -- two potential key battlegrounds in the 2015 election. 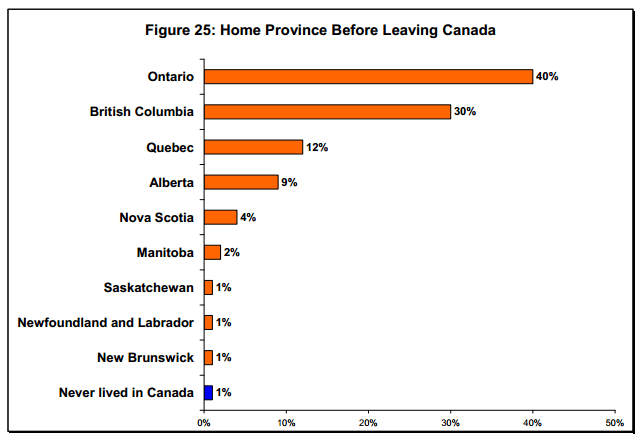 85.5% of Conservative questions on electoral reform were spent repeating the same talking point