Interesting things – and interesting people – come crawling out of the shadows when you lift a rock and shine a light on it.

Kenney's website claims Unite Alberta is "incorporated as a not-for-profit corporation" and is run with "the highest level of transparency."

That's exactly what the progressive advocacy group Progress Alberta recently did, and they discovered Kenney's "transparency" talk seems to be at odds with the fact his campaign has "chosen to go with the least transparent organizational structure available and Kenney has publicly misidentified Unite Alberta as a non-profit both to the media and on his website":

"It's worth pointing out that if Kenney had registered Unite Alberta as a non-profit society he would have been obligated to file his financials with Service Alberta at the end of the year and we'd be able to do more than just take Kenney at his word when it came to how much money his campaign had raised and spent. It's a far more transparent organizational structure and one Kenney didn't choose." 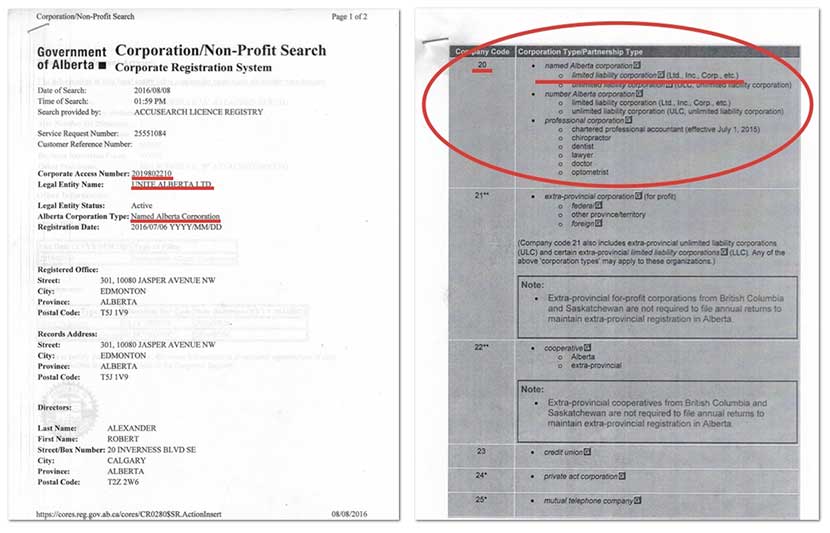 It turns out Unite Alberta Ltd. is registered at the office of a lobbying firm run by a former Wildrose MLA and the party's former executive director. 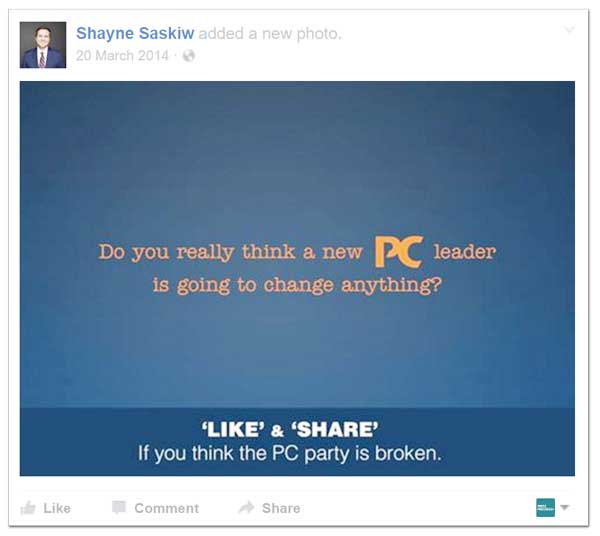 Really? This is someone working for Jason Kenney's PC leadership campaign?

On Thursday, a Twitter account connected to Kenney's campaign acknowledged former Wildrose MLA Shayne Saskiw "acts as Unite Alberta's legal counsel" but stressed that it "completely normal" for Kenney to use a lawyer this way – an objection no one has actually raised, though it makes one wonder what kind of minefield Unite Alberta Ltd. sees itself tiptoeing around?

"There are a number of ways in which a corporation can act in a philanthropic way, or operate without an objective to profit from its activities," Kenney spokesman Blaise Boehmer told the Calgary Herald.

Boehmer added that Unite Alberta Ltd. does not have "an objective for profit" and hopes to quickly burn through all money donated to Unite Alberta within the next month in order to "run Unite Alberta as close to a zero balance as possible by the time the PCAA race officially begins."

The Herald notes that under provincial law, Unite Alberta "will not be allowed to transfer money to Kenney’s campaign once the PC race launches Oct. 1."