A new study from researchers at Cornell University looking at 20 years of data blows yet another hole in the claims of right-wing business groups that raising the minimum wage will have a negative impact on the restaurant and hospitality industry.

"Proposals to increase the minimum wages have been opposed by the restaurant industry on the grounds that such increases would require restaurants to cut hiring, raise prices, or both," says the report authored by economist Christopher Boone and social scientist Michael Lynn.

In Canada, similar opposition has been articulated by the Canadian Federation of Independent Business, warning "increases in the minimum wage tend to hurt not only small employers, but the very people they are supposed to help: the low-skilled and low-income workers, by reducing the capacity of businesses to hire and retain them."

But Boone says "while we don't see strong impacts on employment, we do find consistent evidence that raising the minimum wage increases the total earnings of the restaurant workforce." 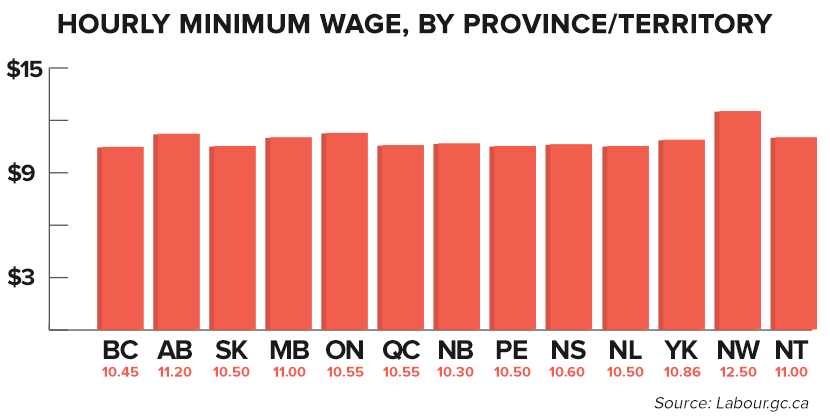 Their study, analyzing American wage and employment data between 1995-2014, suggests modest, incremental minimum wage increases do not produce catastrophic outcomes for restaurant owners or their workers, after all:

"The results of this study confirm previous findings, namely, that the relatively modest mandated increases in employees' regular and tipped minimum wages in the past twenty years have not had large or reliable effects on the number of restaurant establishments or restaurant industry employment levels, although those increases have raised restaurant industry wages overall."

"Restaurants are likely to see some benefits as well," Boone says, "since better compensated employees tend to be happier, more productive and less likely to quit their jobs," with the study finding "strong evidence that increases in the minimum wage reduce turnover."

And although it's sometimes argued minimum wage increases "reduce customer customer satisfaction and demand, as well as restaurant profitability and survival," they found prices for consumers rose only 0.3% for full-service restaurants and 1.5% for limited-service restaurants (such as fast-food or takeout).

Overall, they say, minimum wage "increases do not appear to decrease demand or profitability enough to sizably or reliably decrease either the number of restaurants or the number of employees."

What do you think? Think it's time to give Canadian restaurant workers a raise?

CFIB president: CPP expansion is a bailout for people who take a "trip to Mexico"